Contact our team.
We are looking forward to supporting you.

Are you interested in more news about Brückner Servtec? Subscribe to our email newsletter to receive updates on the latest news and events.

Our initiative Yes, we care

Our promise for proactive action as an innovation leader

We as Brückner Group want to take responsibility! This is why we launched the initiative "Yes, we care". This project is as much an acknowledgement to our own responsibilities in the matter of plastics and sustainability, as well as a promise to the employees in all the Brückner Group companies. Together we will act, develop visions, boost innovations and find solutions.

"Reduce - Reuse - Recyle" should not remain a buzzword for us, but be filled with life.

As a technology and market leader in the most diverse areas of the plastics and packaging industry, we have the opportunity to contribute our vision of the future and our engineering spirit for more sustainability.

Plastics have many aspects

Twelve questions and answers regarding plastic and the environment 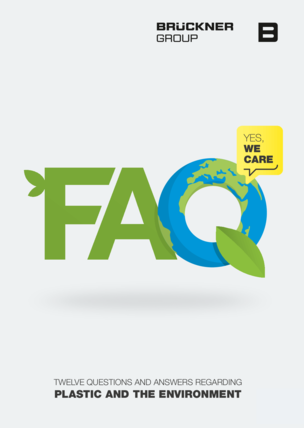 Plastics and the environment - FAQs 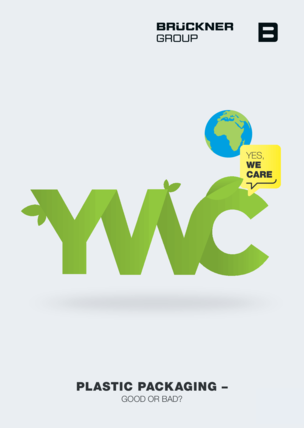 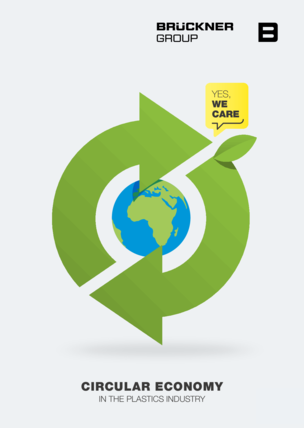 Circular economy in the plastics industry

"Yes, we care" is our promise

In short: We want to be part of the solution, not the problem!

When we started our initiative “Yes, we care”, one of our first objectives was to support organisations, initiatives and projects. We have concentrated on this over weeks and months and have intensively screened several support-worthy organisations. In the end we had more than 20 initiatives to choose from, 6 of which were favourites.

We finally decided on supporting the ASASE Foundation, a brand new project in the heavily plastic-polluted capital of Ghana, Accra, and One Earth – One Ocean, an environmental organisation that concentrates on waters and coastal protection, currently with the focus on Southeast Asia. We will financially support both of these organisations, and further support beyond this is also being discussed.

More about the organisations

ASASE has an impressive comprehensive approach: Women collect plastic waste in and around Ghana’s capital Accra, and produce regranulate in their own small “factories”. This is then sold to the local plastic recycler, who uses it to make paving stones or roof tiles.

The ASASE Foundation was founded in 2017 by Dana Mosora and Hilda Addah. Their vision: “By 2022, all plastic packaging in Accra will be separately collected for recycling. Plastic waste will be re-processed into products of use for the development of underprivileged communities.”

The project also creates fair employment opportunities that enable women in the region to earn a secure and sustainable income for themselves and their families.

Despite all adverse circumstances, some milestones were also achieved during the Corona pandemic in 2020: for example, continuous efforts have been made to improve the collection infrastructure, to put collection tools in place and to intensify ASASE’s awareness & education campaign. In 2021 to 2023, the activities are to be expanded to other regions around Accra, and the goal is to create 600 jobs.

Our donations are also helping to develop an app for a microfinancing model, and in the purchase of a cargo bike for collecting plastic waste or deliveries to recyclers in the region.

One Earth – One Ocean

Concentration on waters and coastal protection

One Earth – One Ocean is an environmental organisation that concentrates on waters and coastal protection. They have set the target of developing and implementing a concept which will free waters worldwide from not only plastic, but also oil and other pollutants. In the multi-step concept “marine litter cleanup”, specialist ships will collect the plastic waste and recycle it, or convert it back into oil. 800 litres of oil can be recovered from one tonne of sorted plastic waste.

The association is also involved nationally and internationally in the areas of oil purification and microplastics, as well as in research, education and documentation on the subject of „marine littering“ with the aim of effecting a change in people‘s behaviour towards (plastic) waste over the medium to long term.

One Earth – One Ocean was founded in Munich in 2011 by Günther Bonin. Together with a team of experts – including marine biologists, ship designer Thomas Hahn, metalworker Michael Lingenfelder and other volunteers – he developed his concept of „Marine Litter Cleanup“.

Despite the worldwide Corona crisis, however, projects in Cambodia, Tanzania, the Philippines, Brazil, Egypt, Australia and the home country Germany could be carried out. In addition, the construction of several special waste collection vessels was completed.

Recipients of our donation include a school project in a favela in Rio de Janeiro, with about 80 children. Due to the Coronavirus crisis, however, this project, in which children aged between the ages of eight and ten are taught about plastic waste and environmental protection, had to be temporarily suspended.

One Earth – One Ocean has been the official partner of the UN environmental campaign #CleanSeas.

Visit ONE EARTH - ONE OCEAN

Worldwide part of the solution